Get fresh music recommendations delivered to your inbox every Friday.
We've updated our Terms of Use. You can review the changes here.

Chorus vs. Solos: A Tribute to Charlie Chesterman 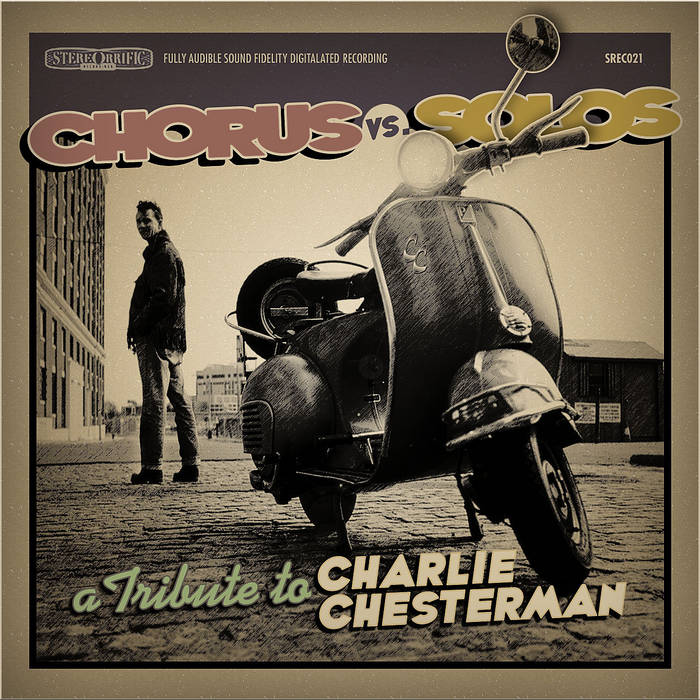 Mystery Train Great compilation of rock, roots rock and alternative songs in honor of a Boston original. It made me seek out Scruffy the Cat recordings from the 80's, which I missed the first time around. RIP Charlie Chesterman. Favorite track: I Hate Everything.

Richard RR Fun songs I never heard before! Favorite track: I Hate Everything.

Artists cover songs of Scruffy the Cat front-man and Roots-Pop/Alt-country pioneer Charlie Chesterman to raise money to help in his battle with cancer.

“Chesterman is one of the best American songwriters of the last 25 years.”
--Alex Green, Caught In The Carousel

He brought punk rock to the plains, way back when such a thing just wasn’t done. His band the Law plowed that sound into the heartland underground and it’s never been the same. His next band Scruffy the Cat drove the sound back east with high-octane hooks, a rockabilly gleam in its chrome and that heartland soil on its motorcycle boots. The papers called it “Cow Punk.” The kids knew better, and by the 90s, they’d see that the seeds Scruffy and Charlie had sown would blossom into a full-fledged “Alt-Country” movement. Charlie’s kept on growing too, continuing to produce work with the Harmony Rockets, the Legendary Motorbikes, and as a solo artist that’d rival Hank Williams, Chuck Berry and the Ramones (or as Charlie calls them, “the Holy Trilogy”).

So now, as Charlie bravely battles cancer, bands he’s inspired over the years, folks who love him and his music, have come together to sing his songs, to raise some money to help him and his family, and to let him know how much he and his music means to them. Sort of a musical “Get Well Soon” card.

“Charlie’s such a great songwriter. We wanted to showcase that,” says executive producer Jeff Mellin. “I think folks who only know Charlie from the Scruffy days, or have never heard of him, are in for a surprise treat. And fans who do know these songs well are going to hear them with fresh ears.”

Some of the highlights:

Peers (rivals?) the Young Fresh Fellows share a grudge and a wink on “I Hate Everything.”

Longtime Chesterman producer and collaborator Pete Weiss and his Weisstronauts fiddle with the musical riddles of “Question Mark.”

Shaun Wolf Wortis’ stark re-interpretation of “Good In Blue” shows off Charlie’s knack for a turn of a phrase and the twist of a knife.

You can even hear Chaz himself backing up Kay Hanley on Letter’s To Cleo’s version of “You Dirty Rat.

You’ll hear every side of his songwriting personality, from the elegant melancholia in Brian Charles’ “Mona’s Prayer”, the Farewell’s “Trash” and Jeff Mellin’s “Shabby Dress,” to his garage-shaking, pub-rocking abandon in Tastes Like Chicken’s “Three Chords and a Ya Ya Ya” and the Viv’s “Tiger Tiger,” to the countrified wit in Ray Mason’s “Lonesome Cowboy’s Lament,” to the playful romanticism of Orange Nichole’s “Sexy Rickenbacker; and the happy-go-lucky instrumentals of Hawaii Fried Dough’s “Jaguar Tan” and Classic Ruins’ “Theo’s El Camino.”

24 tracks in all. All fun, and all for a good cause. Money raised will go directly to The Friends of Charlie Chesterman, a fund set up for Charlie and his family by longtime friend and Michael Charles.

This site is maintained by Stereorrific Recordings on behalf of The Friends of Charlie Chesterman fund.

Chorus vs. Solos: A Tribute to Charlie Chesterman Boston, Massachusetts

Artists cover songs of Scruffy the Cat frontman & Roots-Pop/Alt-country pioneer Charlie Chesterman to raise money to help in his battle with cancer.

“Chesterman is one of the best American songwriters of the last 25 years.” --Alex Green, Caught In The Carousel ... more

Contact Chorus vs. Solos: A Tribute to Charlie Chesterman

Chorus vs. Solos: A Tribute to Charlie Chesterman recommends:

Bandcamp Daily  your guide to the world of Bandcamp

Guests John Beltran and Kim Myhr walk us through their magical musical adventures.